Hold tight!
We are landing you soon...
Close 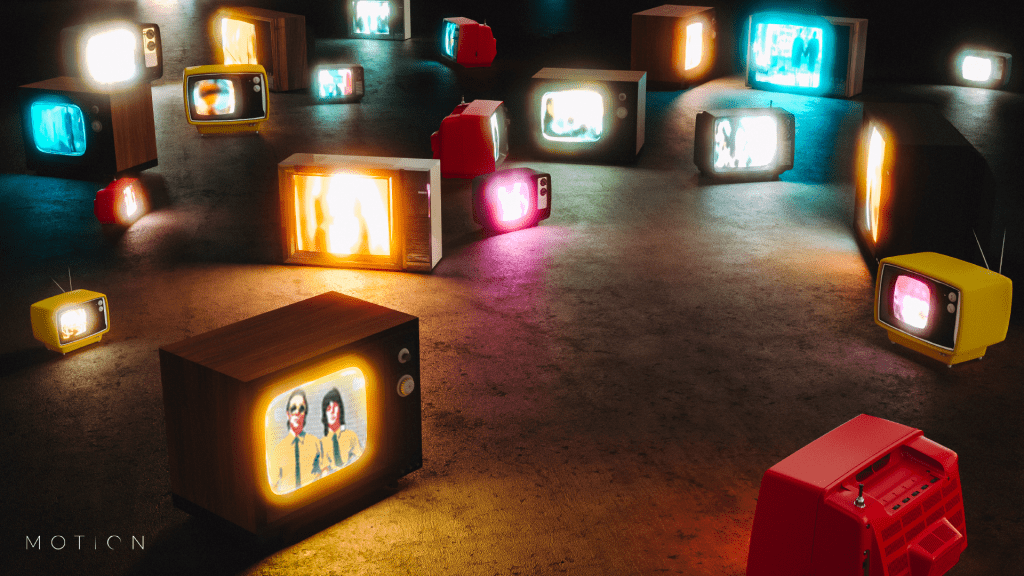 Videos have become such a big part of our everyday lives that it’s hard to remember how things were before. It must have been so exciting for the older gens, such as the boomers who first witnessed Video in the form of TV over a hundred years ago, or even before the TV craze, when they invented the first movie camera (1891 by Laurie Dickson, the Kinetograph.) There is actual footage from one of the first silent movies that aired in 1903, it was about a train robbery, and you can see the people in the audience ducking their heads because a train moving towards them seemed so realistic at that time. Can you imagine?

After that, gen x was the first generation to watch TV in color worldwide, even though it was invented much earlier than the 70s – 80s. Around that time, moving images were undoubtedly the most popular form of mass media, and people went crazy. And with the rise of MTV, one of the biggest hits of that time which we still enjoy, Video killed the radio Star was released (1979). Everybody was hooked! The new wave single is an excellent example of the shift from radio to TV.

But enough about the old days. Let’s talk about the current situation. Much has changed, but we’re still hooked. We now have so many video formats on our display that we’ve sort of “forgotten” about images and photos altogether. Did Video kill the “image” star as well?

Videos are easily spreadable, and shorter video formats have already taken the spotlight, so viewers are even more consumed by them. Whether it’s a TikTok from your favorite creator, a YouTube show you like to binge-watch, or a reel that went viral from a random person on Instagram, we are all eyes! And that’s maybe the best part about videos today, anyone can make them, and they don’t need to be professional or polished.

Yes, some generations still watch TV, and no, not all videos you see on the internet are great, but it’s breathtaking to witness the evolution of videos, and it makes us wonder how things will progress in the future. As marketers, we are seeing a great demand for video content from consumers, and we think it’s a great way to connect to a specific audience, as long as you don’t bother the whole public with video ads they don’t want to see.

Well, definitely more short video formats, not excluding longer videos; they remain important. Furthermore, we will see even more user-generated videos like shorts, reels, and TikToks. Live videos on social media will still be a thing, as well as comedy-driven sketches and educational and informative videos, which is a big thumbs up. Also, companies will be using more and more search-optimized videos to get more extensive exposure. Moreover, with the rise of AR, interactive AR content, such as filters on Instagram, Snapchat, and TikTok, will also be major for brands trying to connect to younger audiences.

AND WHAT ABOUT ALL THE IMAGES?

All those beautifully retouched photographs? Infographics? Well, they’ll still exist, no question about it, but unfortunately, social media algorithms will not favor them. It’s interesting how users find innovative ways to keep their visibility; they even post photos as reels, just so they can get the exposure ha-ha, sad but true. Basically, every idea you would have for a static kind of post would probably gain more recognition if you made it as a moving image/video.

Even this blog would have made a great video, so that pretty much sums it up. But hey, to all the content writers out there, don’t be disappointed. Nevertheless, written content is still on demand, and we must remind ourselves that there is an audience for every form of content. Every person has a preferred content type; some like to read the paper, while others like to watch the news on TV. We’re just stating that even the people who consume traditional media are also picking up current trends and watching more videos.

So, if you are still wondering which type of content is best for you or your business, there is no right or wrong answer. However, if you choose to include a video in any format, we say go for it!

Don’t worry much about how it looks; worry about the context of the message you are trying to spread and how relatable it is to your audience.

As the Buggles once said,

Motion Ltd. is a limited liability company specialized in Marketing and Digital Services, registered under the law for trade organizations by its general registration number 7303300 within the Central Registry of the Republic North Macedonia.

Not everything is meant to be digital. Although we spend most of our time living on the internet, this doesn’t mean that all of our presence should be exclusively online. Let’s get physical!

Without any online presence, do you even exist? A high-performance online campaign allows you to reach the ideal target audience, and turn them into long-term customers.

Constructing effective strategies is a must-have for successful growth. Have a goal but not sure how to achieve it? We’ll make it happen!

We create compact, appealing and entertaining ways to present your company, so leave it to us to make you shine!

You are not alone out there!

Drop us a line

We usually respond within hours during working days.
In case you need us to respond faster please call our office.