Together We Are More: Creating A More Inclusive World by Moving Together 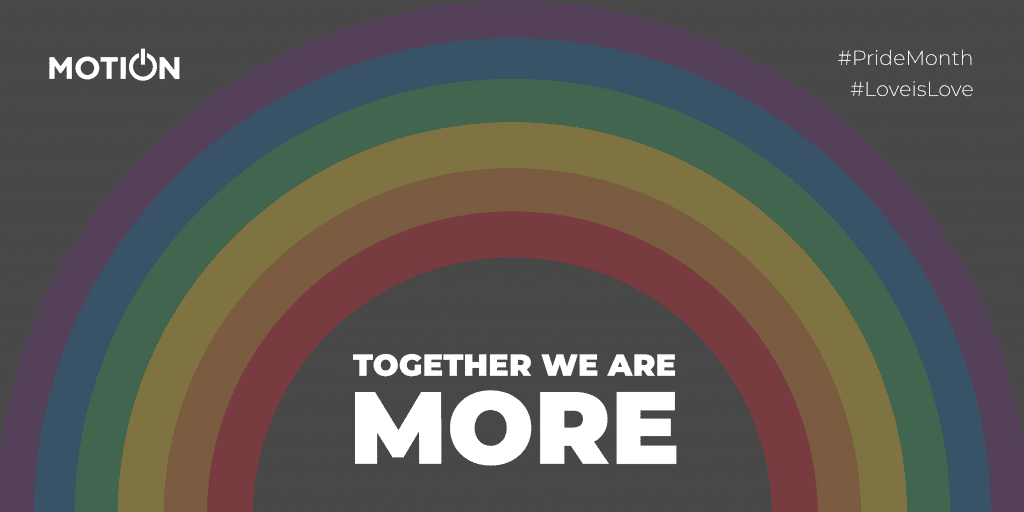 If we wish to create and live in a progressive and beloved community, we must stand for justice and equality and take action to learn how to recognize differences without attaching differences to privilege. Operating in more than 90 countries, the Human Rights Watch represents an organization that monitors governments around the world for abuse and oversees the creation of programs such as the Lesbian, Gay, Bisexual, and Transgender (LGBT) rights programme.

Nearly 2.8 billion people live in certain countries around the world where identifying as a member of the LGBT community leads to the possibility of imprisonment, corporal punishment, or even death. On May 26, 2020, Costa Rica became the first Central American country to legalize same-sex marriage. And from 195 counties, there are currently only 29 counties around the world that permit same-sex couples to marry. Conversely, merely 780 million people of the world population are living in countries where same-sex marriage or civil unions are a legal right.

Reported by the International Lesbian and Gay Association in May 2016, these figures showcase that there is still much to be done in the effort to attain universal rights for LGBT communities worldwide. Nevertheless, it should be equally acknowledged that there has also been significant progress over the past 10 years and numerous campaigns and programs are being established worldwide.

Over the past few years, the corporate world has truly championed for LGBTQ equality as chief officers and employers have truly demonstrated their commitment – ranging from marketing campaigns, core company values, and public support of Equality, to hiring and health care benefits. It is crucial to acknowledge that many more companies are truly advocating for LGBTQ rights, especially if you identify as a member of the LGBTQ community and want to work for a company that is going to welcome and support you. As such, these aforementioned companies take measurements – such as public support, partnerships with LGBTQ organizations, and policy support as well as staying committed to a safe and accepting workplace.

However, while this progress is truly commendable, it accelerated the rise of a different issue – LGBTQ discrimination in the workplace. Recent data obtained from Glassdoor shows that LGBTQ individuals are still being mistreated as they face significant discrimination in the workplace. That being said, The Harris Poll conducted a Glassdoor survey that showed that more than half more specifically 53 percent of LGBTQ employees revealed that they have been the victim or the witness of anti-LGBTQ comments by co-workers.

Now in 2020, there are multiple companies, large and smaller ones, that champion LGBTQ equality hiring. So regardless of whether you are an LGBTQ-identifying candidate or simply an ally that aims to be a part of an inclusive company, then we’d recommend that you send your resume to the following businesses and aim to create a world where LGBTQ members will not face discrimination and harassment and will be provided with the equal opportunities as everyone else when applying in any firm or company.

How they advocate for LGBTQ Equality: As one of the primary flagship employee resource groups, the Intuit Pride Network consists of 330 members that have 10 active chapters established across Intuit sites globally. The Pride Network, especially now during pride month, is an important part of the Intuit culture. Some organizations like the Domestic Partnership Benefits recognition celebrate these accomplishments such as the Bangalore fight for justice and the revival of their Safe Space Workplace initiative. Companies and organizations such as Intuit take numerous measures such as pursuing better LGBTQ education and awareness, fundraising, and hosting events that will benefit local organizations such as local food banks and including national organizations that champion LGBTQ+ campaigns like the GenderCool Project.

How they advocate for LGBTQ Equality:  For five consecutive years, Visa has accomplished to reach a rating of 100 percent on the Human Rights Campaign Corporate Equality Index™ which prompted recognition from the Human Rights Campaign FoundationTM as one of the “Best Places to Work for LGBTQ Equality”. Visa has conveyed their immense support for the United Nations Standards for LGBTI, a prominent guide for the establishment of policies and practices for LGBTI employees and the formation of inclusive workplaces. Outlining the five Standards of Conduct to support the business community in tackling discrimination against lesbian, gay, bi, trans and intersex (LGBTI) people, the aforementioned guide published by the United Nations Human Rights Office is a key document that should be included in all companies when advocating for LGBTQ justice.

How they advocate for LGBTQ Equality: The CIA compromises of a dedicated Agency Resource Group referred to as ANGLE (Agency Network for Gay, Lesbian, Bisexual, and Transgender Officers and Allies). As one of the oldest employee resource groups in the IC, ANGLE accounts for the employment of hundreds of LGBTQ members, including allies and senior champions.“Generations of Pride: Leadership at Every Level” was the theme of the 2019 Pride Month and it explored the effects an individual can have in the LGBT community, or in general any community when they execute proper leadership and efficiently work with others to accomplish a common mission or goal regardless of whether or not the individual is a member of the LGBTQ.

How they advocate for LGBTQ Equality: The Google Diversity site states that  “The Gayglers is composed of LGBT Googlers and their allies”. As such, Google has had various partnerships with LGBTI organizations that ensure the installment of policies against worker discrimination. Furthermore, the company has had numerous events over the past few years where they have promoted the idea of LGBTQ equality and inclusion in marketing campaigns. An employee at the Google Diversity site reported that “The group not only leads the way in celebrating Pride around the world but also informs programs and policies so that Google remains a workplace that works for everyone”.

How Can We Help Move Towards A More Inclusive World?

There are numerous other companies that champion LGBTQ Hiring and our hope is that this number will only continue to exponentially rise. As for how to obtain LGBTQ equality in the rest of the spheres of life, there are many things that an average person can do such as educate themselves on LGBTQ history, activism, and rights as well as donate to organizations and support non-profit organizations such as The Trevor Project.

Regardless of whether you’re a member of the LGBT (Lesbian, Gay, Bisexual, Transgender) community, or know someone who is, there is a plethora of online resources available that provide genuine, informative and helpful advice that build the foundation of a supportive online LGBTQ community. If you are seeking a way to create a more progressive and peaceful society without any prejudice or destruction, the LGBT community is alive and thriving in the blogosphere:

Motion Ltd. is a limited liability company specialized in Marketing and Digital Services, registered under the law for trade organizations by its general registration number 7303300 within the Central Registry of the Republic North Macedonia.

Not everything is meant to be digital. Although we spend most of our time living on the internet, this doesn’t mean that all of our presence should be exclusively online. Let’s get physical!

Get an offer
Check Portfolio

Without any online presence, do you even exist? A high-performance online campaign allows you to reach the ideal target audience, and turn them into long-term customers.

Constructing effective strategies is a must-have for successful growth. Have a goal but not sure how to achieve it? We’ll make it happen!

Get an offer
Check Portfolio

We create compact, appealing and entertaining ways to present your company, so leave it to us to make you shine!

You are not alone out there!

MOTION Ltd. is also a shareholder of another European entity, AMANDUS Group, a Swedish consulting company that specializes in supporting  other businesses and start-ups to help them grow their business by increasing their efficiency and taking care of their business processes in various fields and industries.

Together we assist businesses to overcome these problematics, crucial for healthy and steady growth. Additionally, we evaluate the current organizational flow and thus provide specific strategic solutions and guidelines.

Amandus’ expertise lays on top of the  vast network of digital marketing, IT, software development, operational and strategic sales partners, as well as legality and financing firms which are defining most of Amandus’ evaluation and support committees which carry the main role when it comes to securing the growth, the organizational efficiency and overall progress of it’s clients.

If you want to learn more, please check Amandus’ website.

MOTION Ltd. is one of the shareholder organizations, founders of ARAIG Global, an international company specialized in developing a suit technology that utilizes a combination of hardware, software and specialized components to build a multi-sensory, multi-directional haptic feedback solution that immerses the gaming experiences and brings the VR world to a point indistinguishable to our reality. Together, we aim to provide a unique user experience that allows gamers to play their favorite games and actually feel what they’ve only been able to see.
ARAIG is the first military approved technology of it’s kind to be released for the gaming public and an award winning concept officially recognized by the world’s biggest conference for military technology DisTech in the United Kingdom.

Drop us a line

We usually respond within hours during working days.
In case you need us to respond faster please call our office.

The three principles we identify with

MOTION ltd. provides marketing and web services to help other like-minded companies be on pace with the current trends, overcome their challenges, and reach their highest potential

Our attitude is not to go with the flow, but to be the flow. Moving with flow helps us keep things steady and running smoothly. We capture the movement and rearrange it to create forward-looking trends.

We are witnesses of continuous digital evolution. Information multiplies at the speed of light, and data is the most valuable thing. This helps even the smallest ideas grow into extraordinary achievements when handled with care and precision

As the world becomes more technologically advanced, it becomes harder for businesses to keep up and achieve their goals. This is where we play our part and digitize your company. 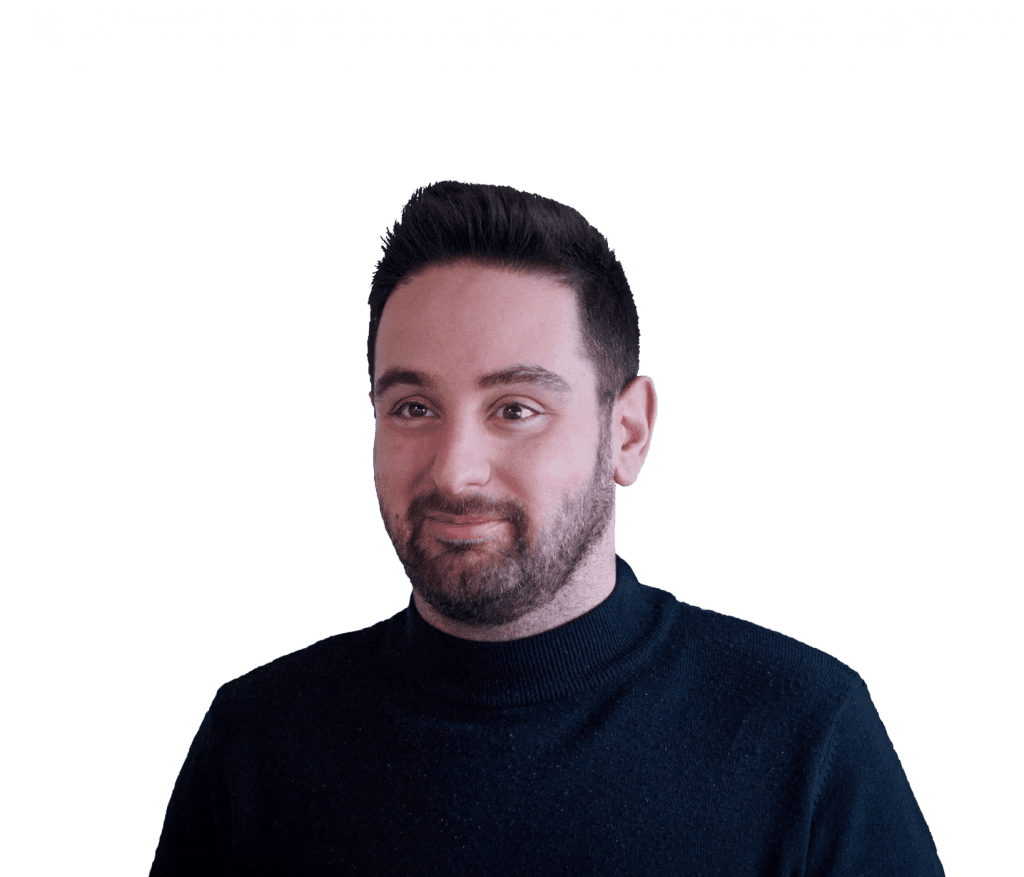 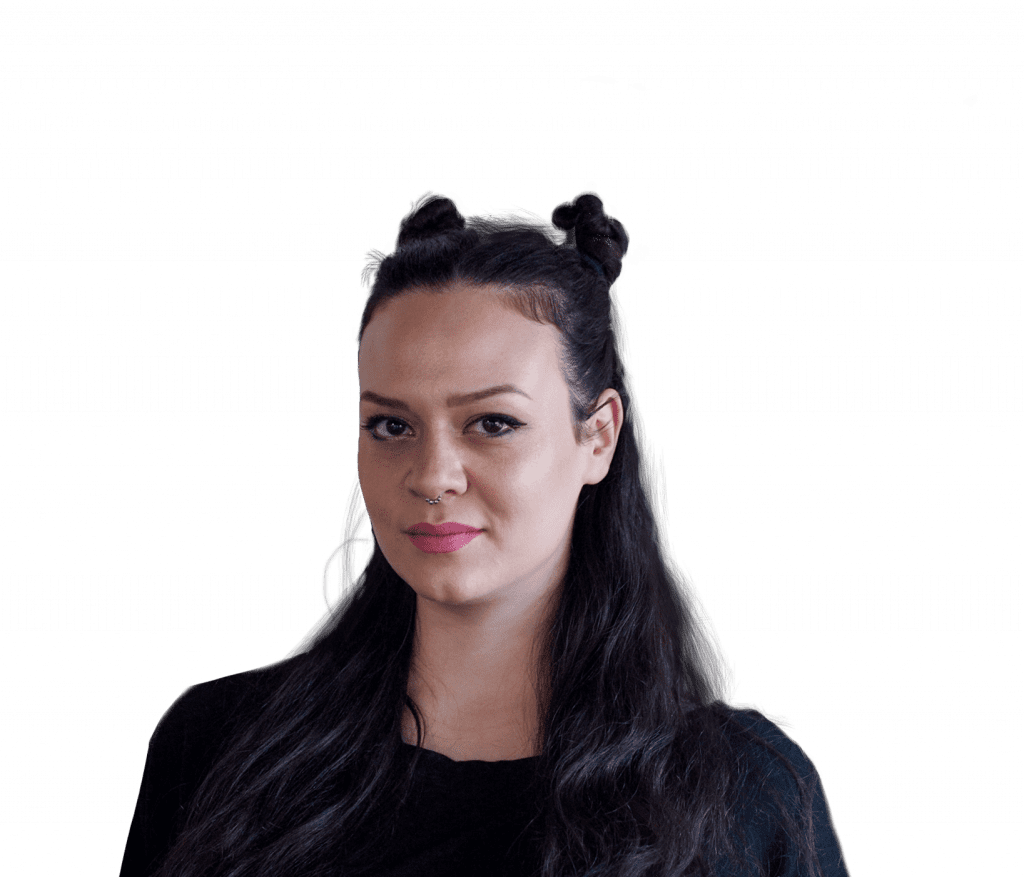 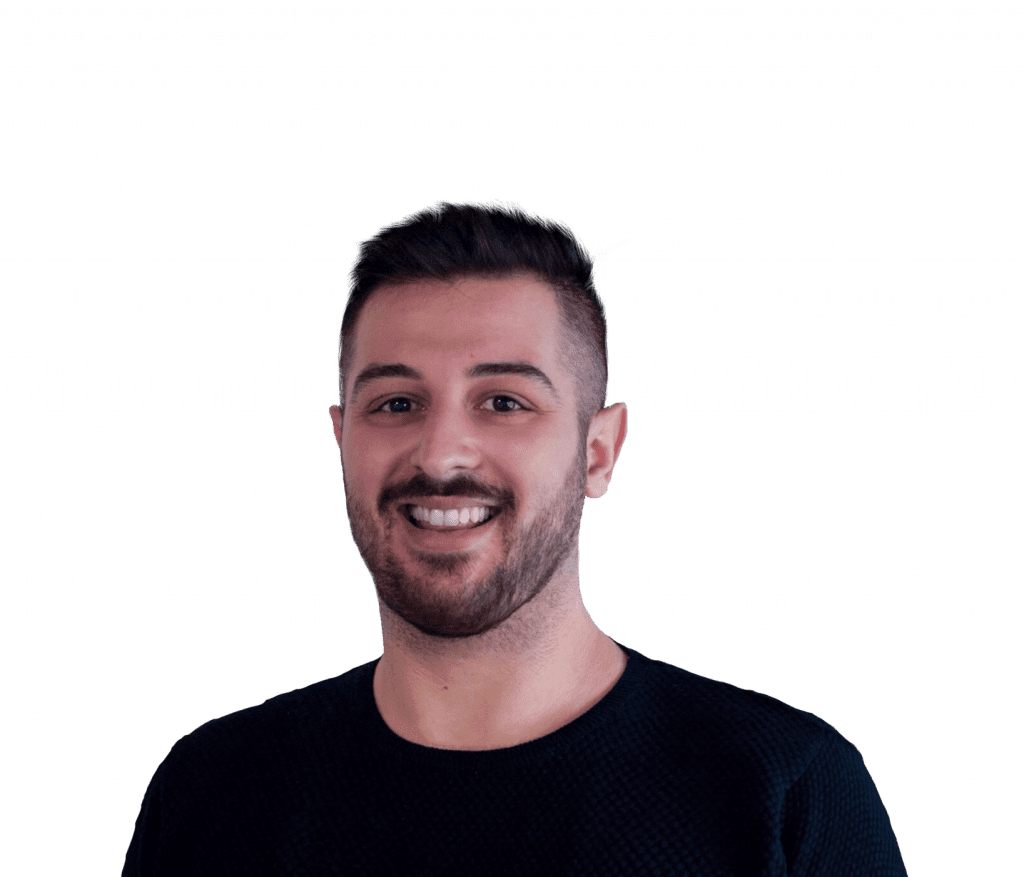 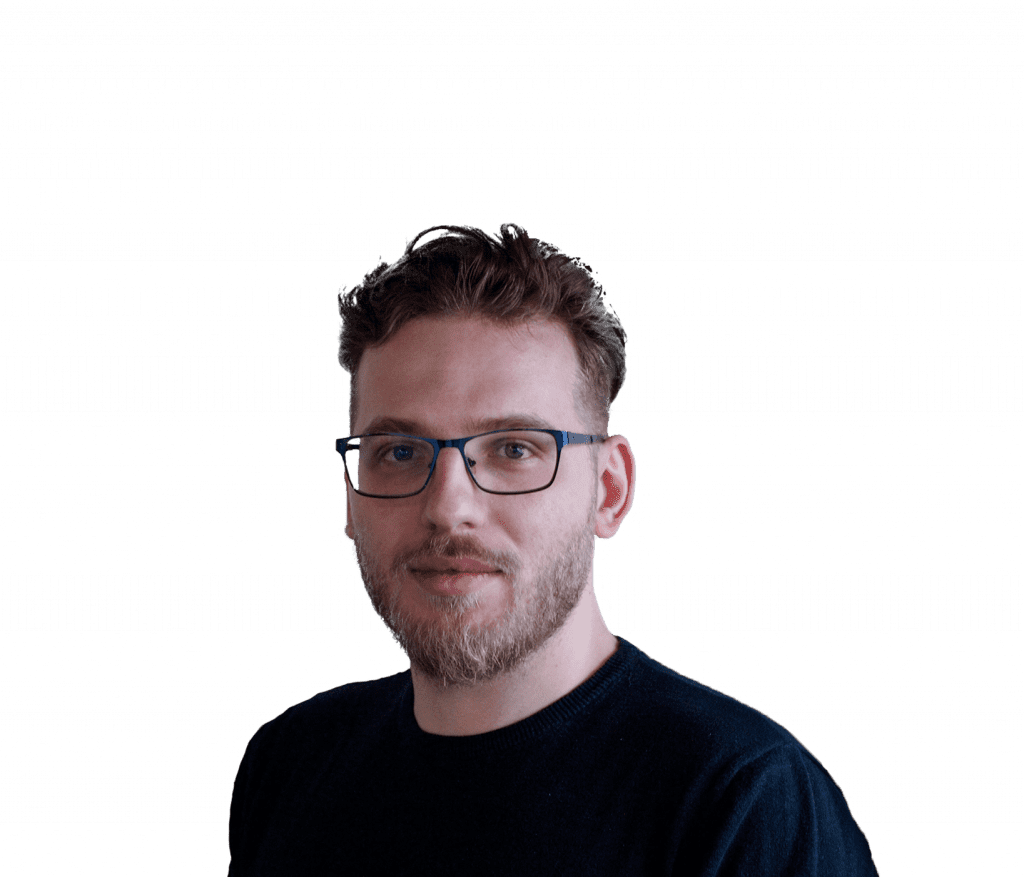 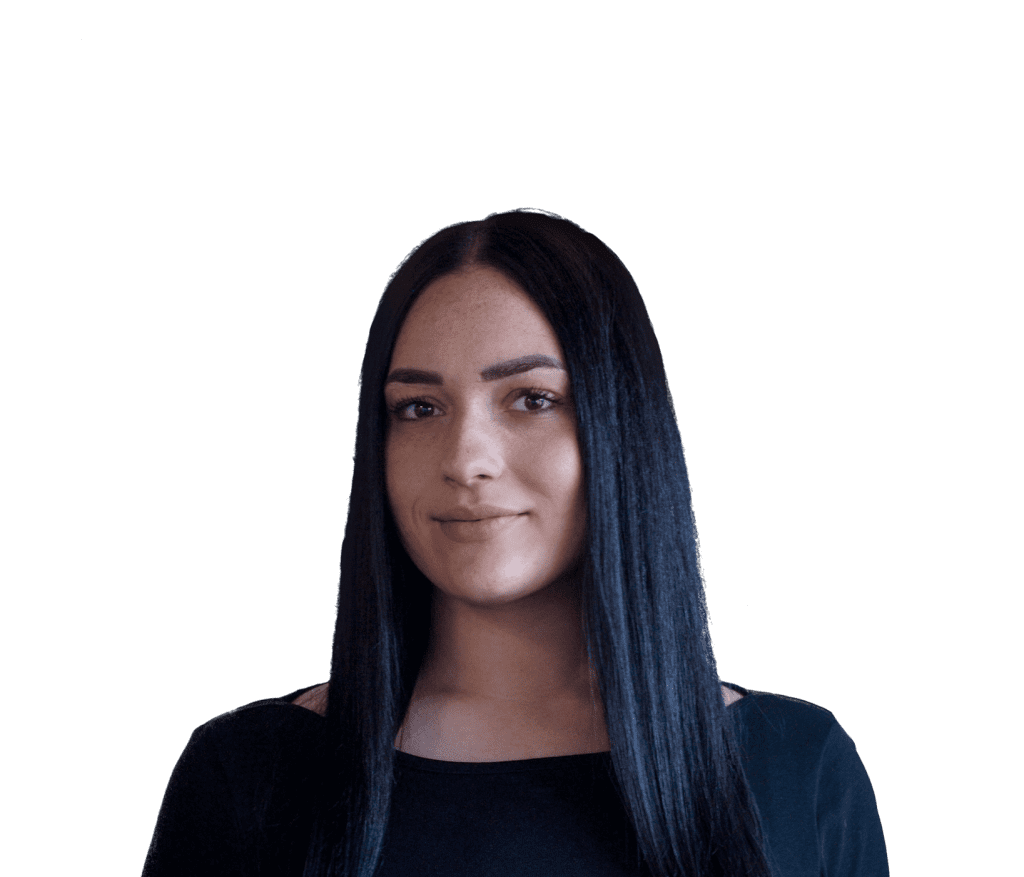